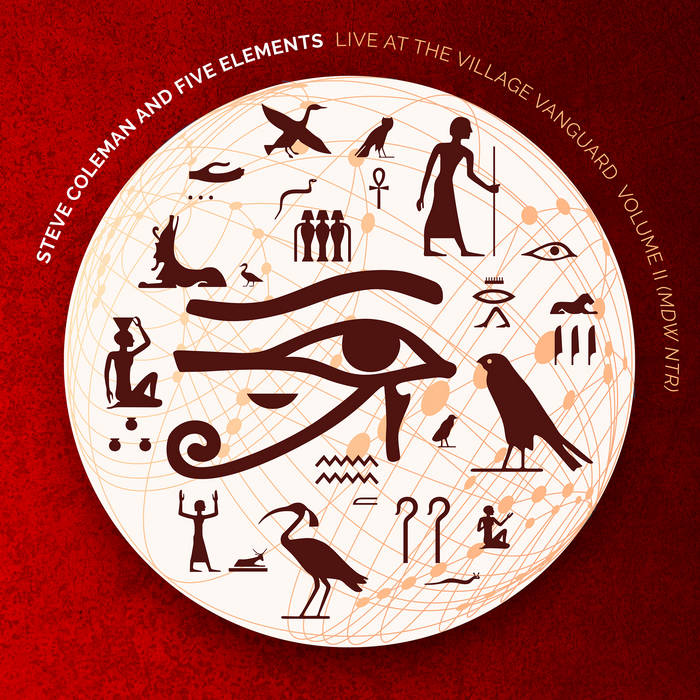 Recorded live in performance at the renowned Village Vanguard in New York City, "Mdw Ntr," finds MacArthur Fellow Steve Coleman exploring new terrain in his use of non-linear performance practices in his music. Featuring his long-running flagship ensemble Five Elements, he utilizes spontaneous and pre-composed modules, or motivic cells that can be played in any order, allowing each musicians to spontaneously jump forward or backward to different sections – even between compositions – highlighting different strata of the music and reinventing the form each time in a completely interactive way. Coleman often composes these modules by envisioning them as chains of tonal dyads that are strung together along rhythmic patterns to create melodic structures, something he sees as an analogue of DNA sequences. The work also reflects his research into the connection between language and music, in particular the early attempts at music notation using shapes and glyphs in ancient Egypt and the structural and functional similarities between spontaneous composition and Mdw Ntr, a transliteration of the writing system usually called hieroglyphics. Coleman’s use of complex rhythmic cycles is a consistent hallmark of his work, and the roiling, surging momentum found here is no exception. Featured prominently is a long-time collaborator, spoken word artist Kokayi, who brings a freewheeling, rhythmically-acute, almost tent revival aesthetic to the proceedings. Together, they continue to push the possibilities for spontaneous composition and improvisation.