Live at the Village Vanguard, Vol. 1 (The Embedded Sets) 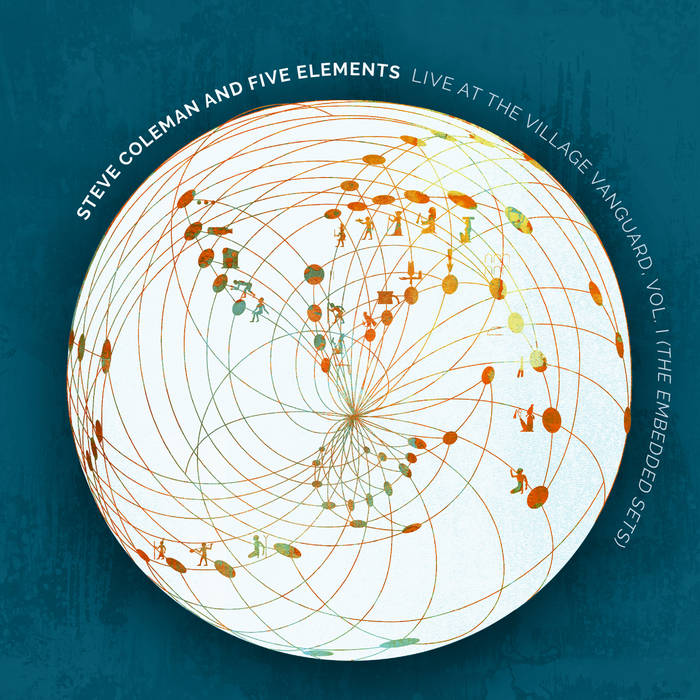 Yorick It's a really cool session at the Village Vanguard here .. for me one of the best recordings by Steve .. in truth relaxed amusement, just play the record and do whatever you have to do, you'll enjoy the jam (Jazzhead assumed). By the way take care, digital FLAC-download is a bit more than 3 GB 'cause of wonderful 24bit/96kHz engineering .. I like it!

Russell Colwell I waited months for it, eagerly, was happy when it came out a few hours early today and all day long as I have listened to it have had a smile of amazed joy on my face, goose bumps on my arms and chills running up and down my spine !!! . . .

Alto saxophonist Steve Coleman’s Live at the Village Vanguard, Vol. I (The Embedded Sets) is his first live release in over 15 years. It captures his band Five Elements in two joyous sets at the historic New York venue where some of the most famous jazz recording from the likes of John Coltrane, Sonny Rollins, and Bill Evans have been made. Coleman’s personal history is tied deeply with the club: One of the main reasons he moved to New York City from Chicago was for the opportunity to play in the Thad Jones/Mel Lewis Orchestra, of which he was a member from 1978 to 1980. After playing there with singer Abbey Lincoln in 1984, there followed a hiatus of over 30 years before he was invited to perform at the club as a leader in 2015. Since then, he has led his band Five Elements at the Vanguard every year, including these two sets recorded in May, 2017.

Unlike his two most recent releases, Morphogenesis (NPR Critics Poll #2 album of 2017) and Synovial Joints (New York Times #1 jazz album of 2015), both of which are highly orchestrated, Coleman’s recent goal has been to perform as spontaneously as possible, often completely extemporaneously, and yet still retain form and structure. Interspersing the set with tracks that feature these new compositional tactics with long-time Coleman favorites, the musicians tackles Coleman’s typically intricate music with an effortless grace. The band’s mastery over the cross-hatching rhythms, tricky counterpoint and percolating groove, inspired by the magical vibe of the Village Vanguard, is captured here at its absolute peak.

cktrl talks about heartbreak and his new record 'Robyn'